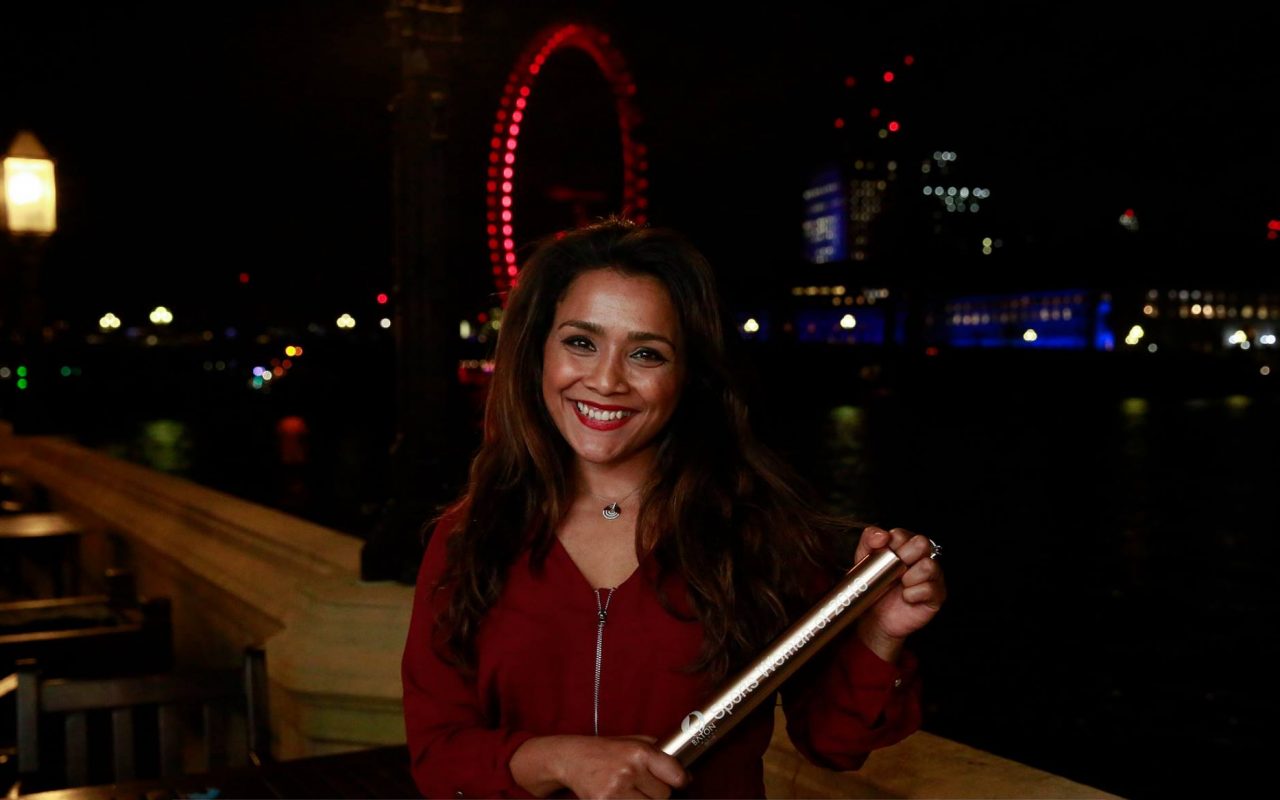 Nazia Khatun, a Muslim Bangladeshi former boxer and fitness specialist, has a lot to celebrate, as she has just won the title of ‘Sports Woman of the Year ‘ by the Baton’s Awards, which celebrates women of BAME backgrounds who are pushing boundaries in all walks of life. Nazia received her award at The Houses of Parliament on the 29th November 2018.

Nazia won the award for helping women gain confidence and self-esteem via her fitness programme, which uses aspects of psychology to recreate the way females view themselves in a society that pushes superficial beauty standards. The way she does this is by speaking to her followers about self-love on social media, with her tag line of “I AM ENOUGH” being practiced by her followers from around the world. Her followers, especially females, are always messaging Nazia about their transformations due to her educational impact via social media.

I am not your normal fitness coach, I like to do things differently and stand out from the crowd. I wanted to offer my followers something unique and unorthodox…. my method creates sustainable results and gives my clients the drive to go out there and achieve their goals even if it is not related to sports and well-being. I want to show how we can use fitness as a tool to create a strong future.

Nazia is no stranger to depression, low self-esteem, and self-loathing, and it all started whilst she was at college. She found herself comparing herself to her peers, and her feelings of needing to keep up her appearances became an obsession. Before she knew it anorexia, bulimia, and binge eating disorders became a part of her life and carried on into her twenties.

D I S T O R T E D. B E A U T Y . . . . . . . . The fitness industry caused me so much anxiety and low self esteem issues growing up ________________ I never felt pretty enough. I felt my body wasn't as good as the models plastered all over social media I thought to be accepted i had to be thin, and have strong muscle definition _________________ My self image was distorted as i spent hours and days obsessing over this perfect version of myself and how to create it. For so many years i abused myself mentally and physically with this addiction to look flawless and no one told me flawless and perfectionism doesnt exist ____________________ My body screamed at me to stop whilst my mind kept telling me i wasn't good enough. It is a disease. The disease of comparing ourselves to distorted images of beauty that are manipulated for consumerism and sadly thrives off our insecurities _________________ With the rise of influencers across the globe its hard even for me to stay on top of the game esp as someone who struggled with an eating disorder and then trying to fit in as a boxing athlete (me being completely honest). The best way i deal with it however is to learn THAT I AM DIFFERENT, UNIQUE, BEAUTIFUL AND PERFECT FOR MYSELF _______________ I have learnt to love every part of me that now needs me even the not so perfect parts of me Tell me HAS SOCIAL MEDIA HAD AN IMPACT ON HOW YOU VIEW YOURSELF??? 😗 __________________ Photography by @kseesaesthetics Outfit @underarmourwomen

Being a boxer and being super fit and healthy made no difference as she was constantly looking for that validation and acceptance from her peers and family. She found herself to be very toxic and in turn, she was attracting toxic people. Despite her appearance, Nazia was fooling people into thinking she was this confident and positive person. The healing process of her condition and issues came down to one thing… she had to learn to love herself and her own company. It was a long process that took time and practice and is something that should be taught to everyone at schools and higher education.

Having gone through this journey myself I discovered there are certain stigmas and negative views out there when people do things by themselves… I want to challenge these views and break down barriers, which I have done via my instagram platform ’Fitnessrebornuk1’, creating a movement which is called ‘Dating Yourself’. This involves me spending 3 days all by myself, doing things such as eating alone, going to a museum alone or the movies even spending a night in a boutique hotel alone and quite simply just enjoying my own company for self-care and mental well-being!

Being a former boxer, Nazia also feels it’s her responsibility to be a role model by educating people from her own background and beyond. She wants people to understand the impact sports has had on her in the most positive way, but to also discuss sensitive topics and to challenge ideas rather than simply brushing them under the carpet.