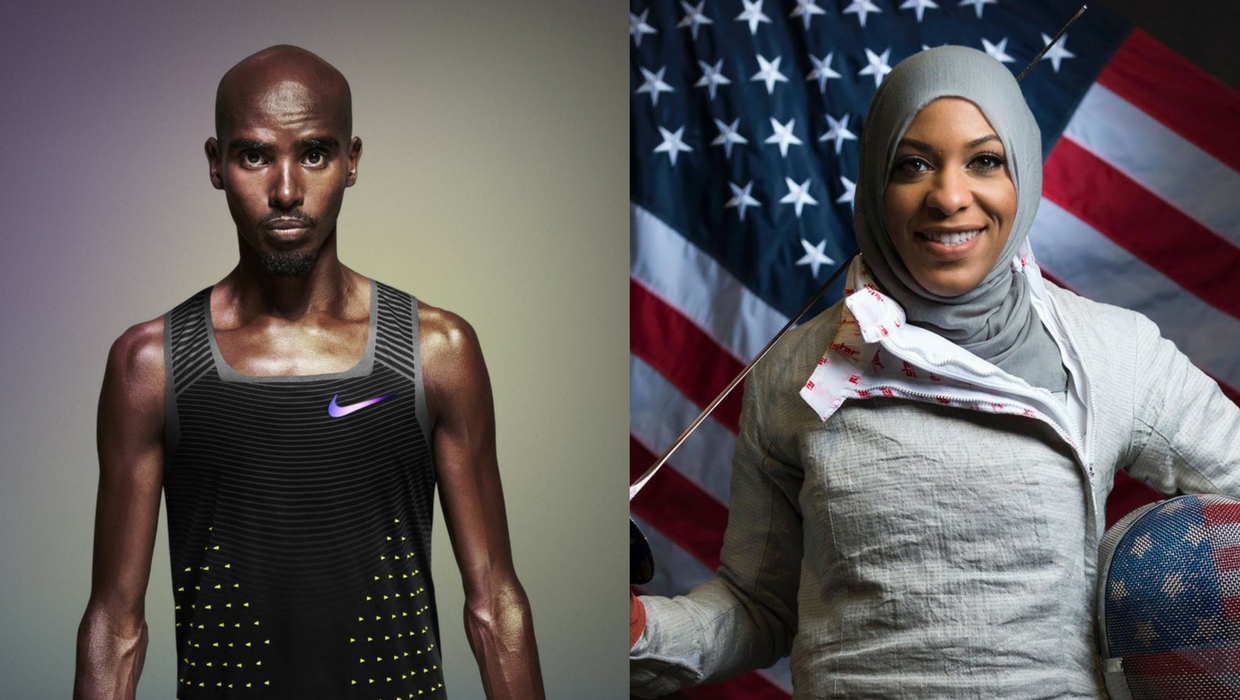 This year’s Olympics in Rio has already made history with the first ever Refugee team competing at the Games, representing millions of displaced and stateless people around the world. As always there are a whole host of Muslims competing at the Olympics representing a wide range of countries, but our eyes are on two of those Muslim athletes in particular…

Given the way things are in the world around us and with the rise of anti-Muslim rhetoric that is taking the West by storm, Mo Farah of Great Britain and Ibtihaj Muhammad of the USA are the breath of fresh air that we’ve all been waiting for. As the eyes of the world turns to Rio for the Olympics, I know I will be keeping track of Ibtihaj Muhammad’s progress in the fencing and Mohamed ‘Mo’ Farah’s bid to add to his already impressive two gold medals in the 5,000m and 10,000m races respectively.

Born in Maplewood, New Jersey, Ibtihaj started fencing at the age of 13 and since then, she has been ranked second in the US and number 8 in the world by the International Fencing Federation. However, what brought her further into the spotlight was the fact that she was to be the first woman in a hijab to represent Team USA at Olympic level. In an interview she says that she was “shocked that there has never been a Muslim woman on the US team, but I was happy to fill that void.”

That being said, intrinsic to her success is the hijab that she wears and the values that it represents. She says that here religion and faith, “they’re part of who I am, and I’ve never felt the need to explain it to anyone.” For me, this is the most important thing to take away from her. As a Muslim woman, there always seems to be that need to explain why my hijab is important to me, and to make people see past it to value what I have to offer to the world. In light of Trump’s comment on women not being allowed to speak, her stance is that through her actions, and hopefully her success, she will “change the image that people may have of Muslim women.”

Muhammad was not picked to be the flag bearer of Team USA for the opening to the Rio Olympic games, being picked second by her peers and the flag being carried by 18 time gold medallist, Michael Phelps. However, I can’t help but agree with Les Carpenter in the suggestion that if she had, it would have been “a statement more potent than any of the invective spilling from Donald Trump’s curled lips.” To me, and to many Muslim women like me, she is already a flag bearer for the values that all true Muslims stand for: to have aspirations and to strive to make them a reality.

Equally brilliant and motivating is Mohamed ‘Mo’ Farah, a British athlete who is described by the BBC as “one of Great Britain’s most successful athletes,” in their most recent documentary. Born in Mogadishu, Somalia, Farah’s story is of a migrant who came to the UK, integrated into society, broke stereotypes and who now stands proudly British and is one of the prides of Team GB. His success quickly made him a poster boy for multiculturalism and tolerance in Britain and the very possibility of him winning again in this years Olympics can be the very thing we need to quell the rise in Islamophobic rhetoric in the country.

Similar to Ibtihaj Muhammad, Farah suggests that for him, “faith plays a big part,” in his daily life. In a short clip, he says “faith is very important; I try to pray five times a day. As an athlete, there has to be something you believe in. It’s very important to have faith.” In a world where the very essence of faith is questionable, Farah demonstrates that it is at the core of the very thing that brings him success. He understands the importance of belief and how it can push a person to be the best that they can be. The above-mentioned documentary also pinpoints how dedicated he is to his training, with a gold medal in sight pushing him to his limits.

For me, and for many others, these athletes seem to be the very thing we need to trump Trump and his likes and to put a stop to the anti-Muslim rhetoric that so heavily punctuates our lives and mainstream media. With Times Magazine suggesting that Ibtihaj Muhammad is one of this year’s 100 most influential people as the face of Team USA, and the promise of Mo Farah being once more heralded as a new kind of national hero, their success is one that every Muslim is praying for.

For us, they show that there is no shame in having a dream and working for it, and that no matter how many voices believe otherwise, your success is what allows for you to truly defy labels and rise to success. 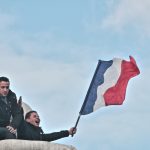