Moving past the white noise of today’s often divisive rhetoric, the quiet and subtle strength of each woman captured in these moments speaks volumes, and stands as a touching tribute to the endurance and power in the art of photography.

Moving past the white noise of today’s often divisive rhetoric, the quiet and subtle strength of each woman captured in these moments speaks volumes, and stands as a touching tribute to the endurance and power in the art of photography.

A new exhibit in London, “Unveiled” is a unique collection of photographs by London based British-Iraqi photographer Husam Al-Deen. Capturing the Muslim female silhouette, Husam has brought to light a stunning and thought-provoking collection of Muslim women – who he says helped shape him into the person he is today. Paying homage to the powerful women in his life, Husam explains that it was this love and gratitude that helped him envision this project:

Raised in North West London by devout Muslim women, my Iraqi mother and grandmother, my childhood was marked by vast contrast: witnessing the strong identity Muslim women hold as pillars of their community, versus the narrative created by the traditional media discourse. This experience inspired me to present an authentic perspective of resilience, strength, and the significant ideals portrayed by Muslim women lacking around this dialogue.”

Re-interpreting the Muslim female aesthetic, Husam has captured the silhouettes of these women in a completely different environment than the usual portrayal – and each photograph draws forth different emotions of female power, sensitivity, resilience, devotion, and love. Hoping to break the divide between community lines of what “the other” constitutes as, this exhibit will leave all in awe at what a simple redefinition of something so contested can leave us with. 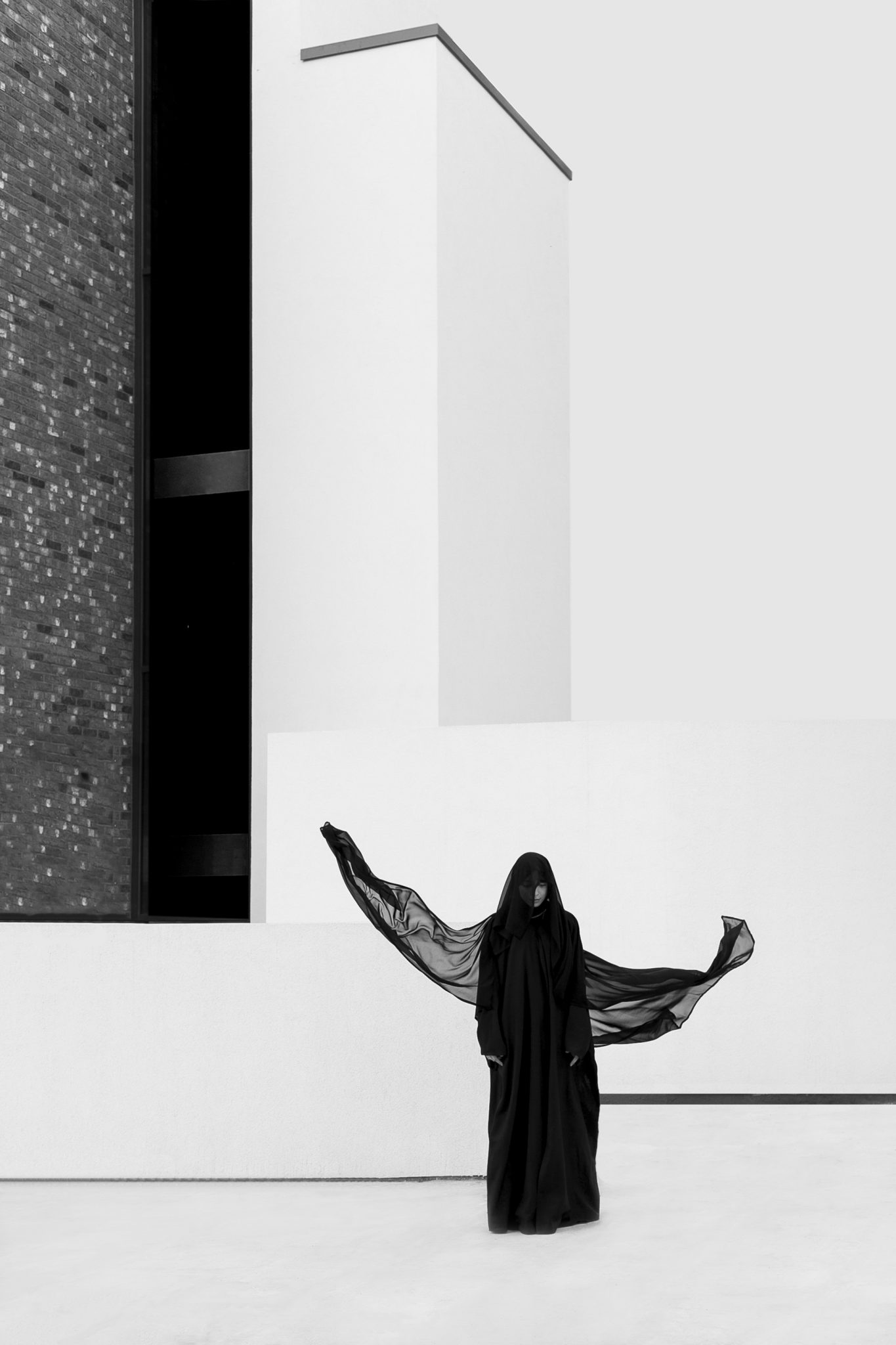 Muslim women have long been at the center of stigmatized discussions – often never allowed the freedom to simply be their own representation. Using minimalist and surrealist theory, these photographs let Muslim women speak for themselves. Moving past the white noise of today’s often divisive rhetoric, the quiet and subtle strength of each woman captured in these moments speak volumes, and stands as a touching tribute to the endurance and power in the art of photography.

As a creative in the Muslim community in London, Husam remains an important reminder in the dire need for the support, encouragement, and celebration of the creative arts in our community. Exhibitions like “Unveiled” help Muslims redefine complex identities and set authentic narratives away from mass media portrayals and definitions – meaning that having photography like this is one step in the right direction of reclaiming Muslim expressions. 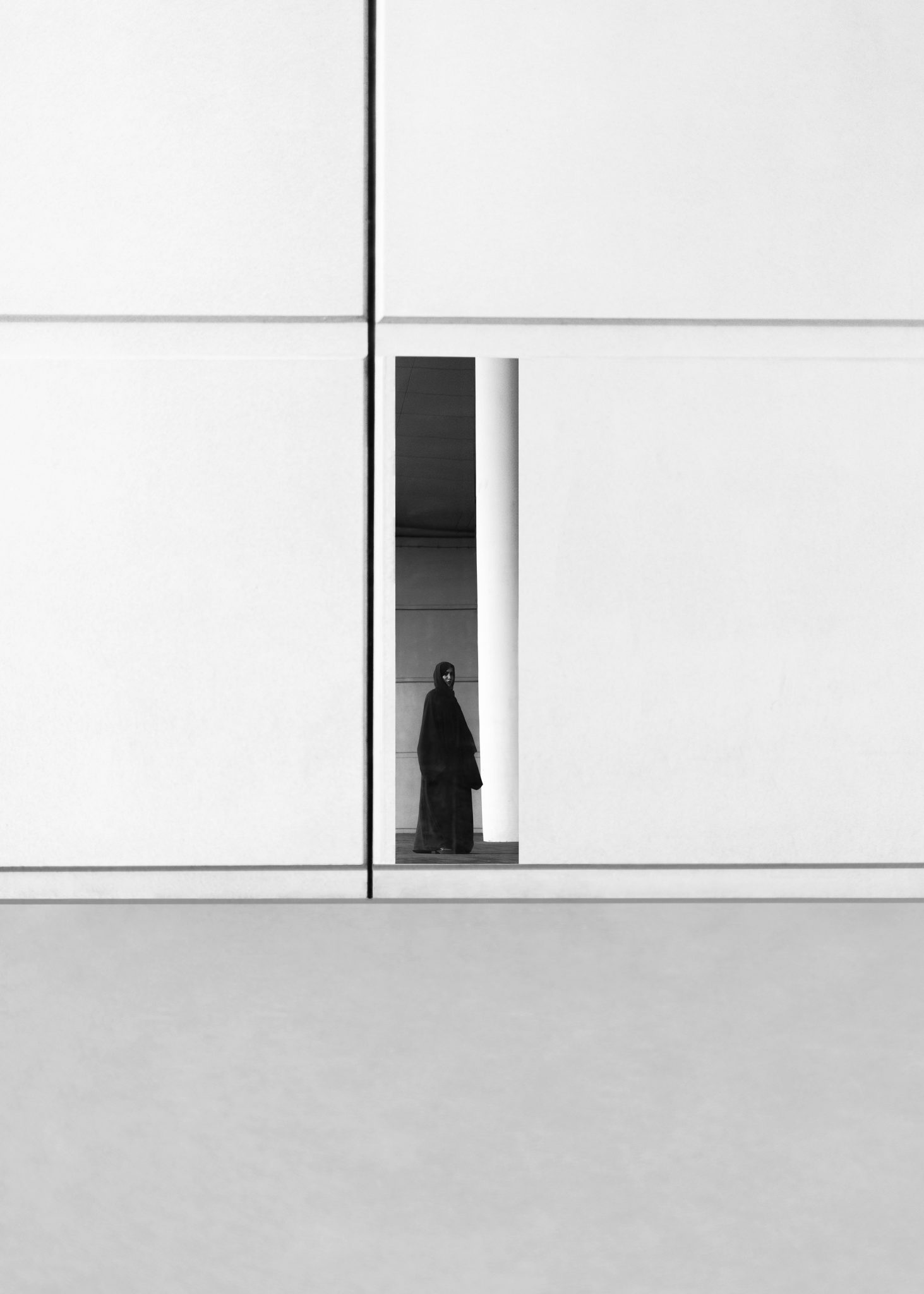 “Unveiled” will run from the 12th of December until the 4th of January at the P21 Gallery (21 Chalton Street, London NW1 1JD). Curated by Mishelle Brito, be sure to stop by the P21 Gallery for a thought-provoking journey through a refreshing portrayal of Muslim women.

What Are a Woman’s Financial Rights Within a Muslim Marriage?