The beauty of this book not only lies in its breathtaking artwork, but also in its ability to bring to life traditional Muslim fables, capturing the imagination of young readers today. 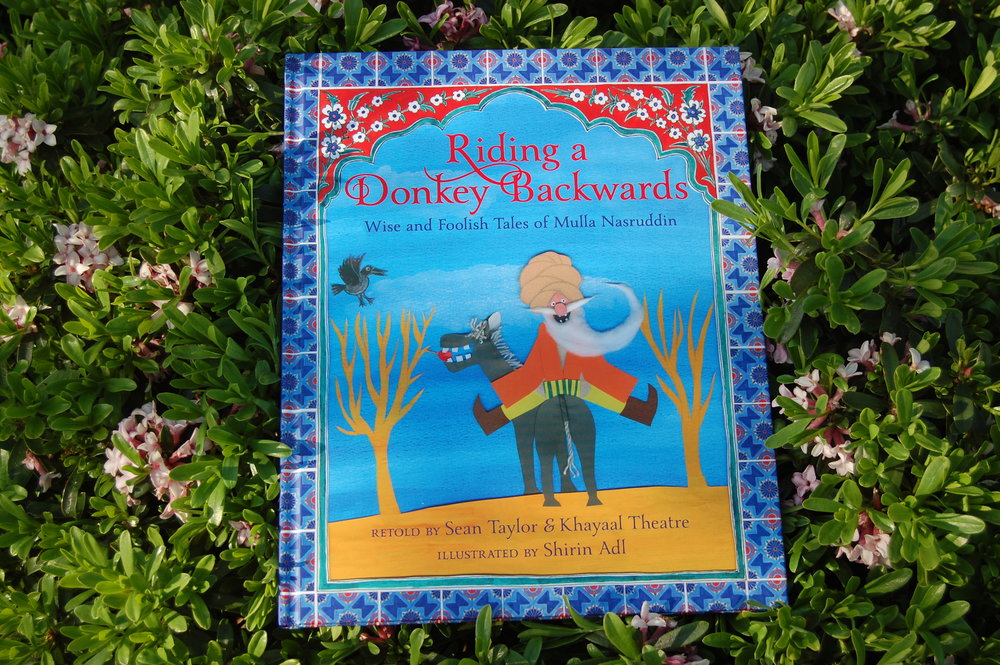 The beauty of this book not only lies in its breathtaking artwork, but also in its ability to bring to life traditional Muslim fables, capturing the imagination of young readers today.

This colourful and quirky children’s book introduces the reader to the most well-known and celebrated icon of Muslim humour: Mulla Nasruddin. It weaves together tales of his antics and exploits shared by Muslim cultures across the world. The modern re-telling pays tribute to the global renown and notoriety of this much-loved character for whom wisdom and foolery so often go hand in hand.

“Mulla Nasruddin,” said the imam, “Why are you thanking God for losing your donkey?” “I am thanking God that I’m not on my donkey right now,” Nasruddin replied, “or I would be lost as well.”

As the playful introduction to this book suggests, if the Mulla doesn’t make you laugh he will certainly make you think. With a total of 21 stories in the collection, “Riding a Donkey Backwards” captures the full breadth of how wise and witty Mulla Nasruddin can be, and why for centuries he has captivated children and adults alike.

Co-authored by Sean Taylor and Khayaal Theatre, “Riding a Donkey Backwards” is written in a lively, fresh, and accessible style, bridging the east and west, the old and new. The book’s backstory is also inspiring, given the fact that the award-winning author Sean Taylor initially met Khayaal co-founders Luqman Ali and Eleanor Martin at a Khayaal production at Shakespeare’s Globe in 2004. Sean then reached out to Khayaal Theatre in the aftermath of the 2015 Paris attacks in order to explore ways in which the two parties could work together to make a difference. This beautiful children’s book is the outcome − a bid for peace and reconciliation through shared humanity, fun, and heartfelt laughter.

The illustrations by British-Iranian artist Shirin Adl brilliantly capture in vibrant colour and collage the comedy and fun as well, drawing the reader into the world of Mulla Nasruddin. Adl’s elaborate page framing and vivid patterns and flourishes showcasing Islamic art and aesthetics make the book an immersive visual experience from cover to cover.

The beauty of this book not only lies in its breathtaking artwork but also in its ability to bring to life traditional Muslim tales, capturing the imagination of young readers today. By vibrantly representing the humour, wisdom, and silliness of Mulla Nasruddin, Sean Taylor and Khayaal Theatre have managed to pull off a giant feat: reminding Muslim children of their traditions as well as introducing these traditions to those who weren’t previously familiar with them at all.

Recently nominated for the Kate Greenway Award 2019, and longlisted for the UK Literary Association Award 2019, “Riding a Donkey Backwards” is already being celebrated across the children’s literature industry, as illustrated by this small selection of plaudits:

“Muslim culture is portrayed in its richness without the text feeling like a cultural studies project, and the sheer warmth and playfulness of each little vignette gives an insight into the common ground in all cultures that humour breaks. Children and adults will find themselves laughing out loud at the Mulla’s antics. Highly recommended.” Children’s Books Ireland (INIS)

“Sumptuous…It’s a collection of 21 tales and riddles about a trickster known across Muslim culture. The text feels modern, but the illustrations feel traditional. They are bright and welcoming, playful and intelligent.” Minerva Reads

“Jokes, riddles and wisdom in a riotous collection of classic tales starring a popular character from the Islamic world. Khayaal Theatre is an award-winning company dedicated to the exploration of Muslim literature for stage, radio and screen.” The Bookseller

“They’re just right for classroom use across a wide age range as well as great to share as a family. The tellings are enormous fun and Shirin Adl’s humorous collage illustrations an absolute delight; don’t miss the splendid Islamic tessellation style endpapers.” Red Reading Hub 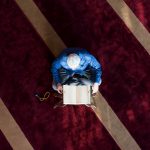 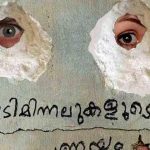 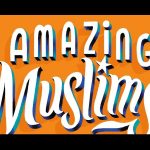 An Exclusive Look at the Cover of the Soon to be Published: Amazing Muslims Who Changed the World 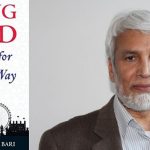