A New Year, A New Vision and A Brand New Look for The Muslim Vibe

In 2019, The Muslim Vibe will be seeking not only to improve the quality of it’s content but also the diversity of content we produce. We want to ascend our brand to highest standards, and by doing so we hope we will encourage our community peers to aim higher.

In 2019, The Muslim Vibe will be seeking not only to improve the quality of it’s content but also the diversity of content we produce. We want to ascend our brand to highest standards, and by doing so we hope we will encourage our community peers to aim higher.

In the name of God.

When we first began The Muslim Vibe back in 2014, we set ourselves an ambitious goal – to create a leading platform for Muslims in the West to exchange their ideas, thoughts and opinions. With polarised views and dogma choking any meaningful discourse, we knew we had to carve out a new space for the middle ground. Growing up in the West as a Muslim in the last two decades has becoming increasingly difficult, with mainstream media and governments manipulating the masses against Islam and the notion of being Muslim. It was time to fight write back. We wanted The Muslim Vibe to be something that young Muslims could take pride in without compromise.

Furthermore – and important thing to mention – we wanted to prove a point to ourselves and community peers that we can make a big impact on a shoestring budget. The Muslim Vibe was built from the ground up with a focus on cost-efficiency. By God’s grace alone, TMV has achieved great success and the metrics speak for themselves. In just over four years, we have amassed a social media following of over 650,000, received over 6.7 million hits on our website and gained a total reach of over 420 million on social media. But this is more than about fancy statistics and self aggrandising, our team genuinely wants to make a positive difference to the lives of Western Muslims, and to empower them.

Reclaiming and Elevating The Muslim Narrative

One of our founding principles was for The Muslim Vibe to be distinctly different from other Muslim media publishing outlets. We could have opted for the ‘everything is okay and mashallah kittens are cute’ approach – but deep down we knew that did not reflect the ideological and political struggle that Muslims are facing. Nor did we want to present being Muslims as merely a cultural phenomena, stripping the Islamic essence away from ‘Muslim’ – which unfortunately has become a rising trend within the community over the last few years. No, The Muslim Vibe had to be more than that. This is where our amazing writers themselves steered us.

In 2014, when we were drawing our plans for The Muslim Vibe there was a glaring hole in it – who is going to write content? Really, we took a leap of faith hoping that our community was woke enough to utilise the platform. Lo and behold, we’ve found they are very much awake. I’ve found myself mind-blown browsing through The Muslim Vibe articles, seeing the quality of content and deep subject matters our writers from around the world are prepared to write about. A standout moment was this article titled The Holy Quran, Interstellar and The Theory of Relativity. Phenomenal!

Initially our primary target audience was Muslims aged 18-24 and we designed our branding accordingly, but our data consistently showed our readership to be 24-35. Our former branding, however, neither reflected our eloquent article writers, nor the expectations of our article readers. But there was a deeper problem brewing. People kept referring to us as ‘MV’ and every time they did, my skin would crawl and a part of me would die. Say it repetitively out loud and it sounds like ‘envy’ – quite the opposite of the vibe we were intending to go for. Alas, it was time to evolve The Muslim Vibe branding to resolve all the above issues.

We got to work on the re-branding in mid-2018 but found a dead-end to every variation we experimented with. The challenge was trying to create a brand that remained young and energetic, whilst at the same time sophisticated for a mature audience. Something elegant, yet bold and daring. Nothing we did worked or felt right, so we left it until God granted us a light-bulb moment. In December we approached the drawing board once more, this time charged up with an entirely new inspiration for how we should look. Again, we failed and failed again until one night, through God’s mercy, it finally happened. Below is an outline of our re-branding process… 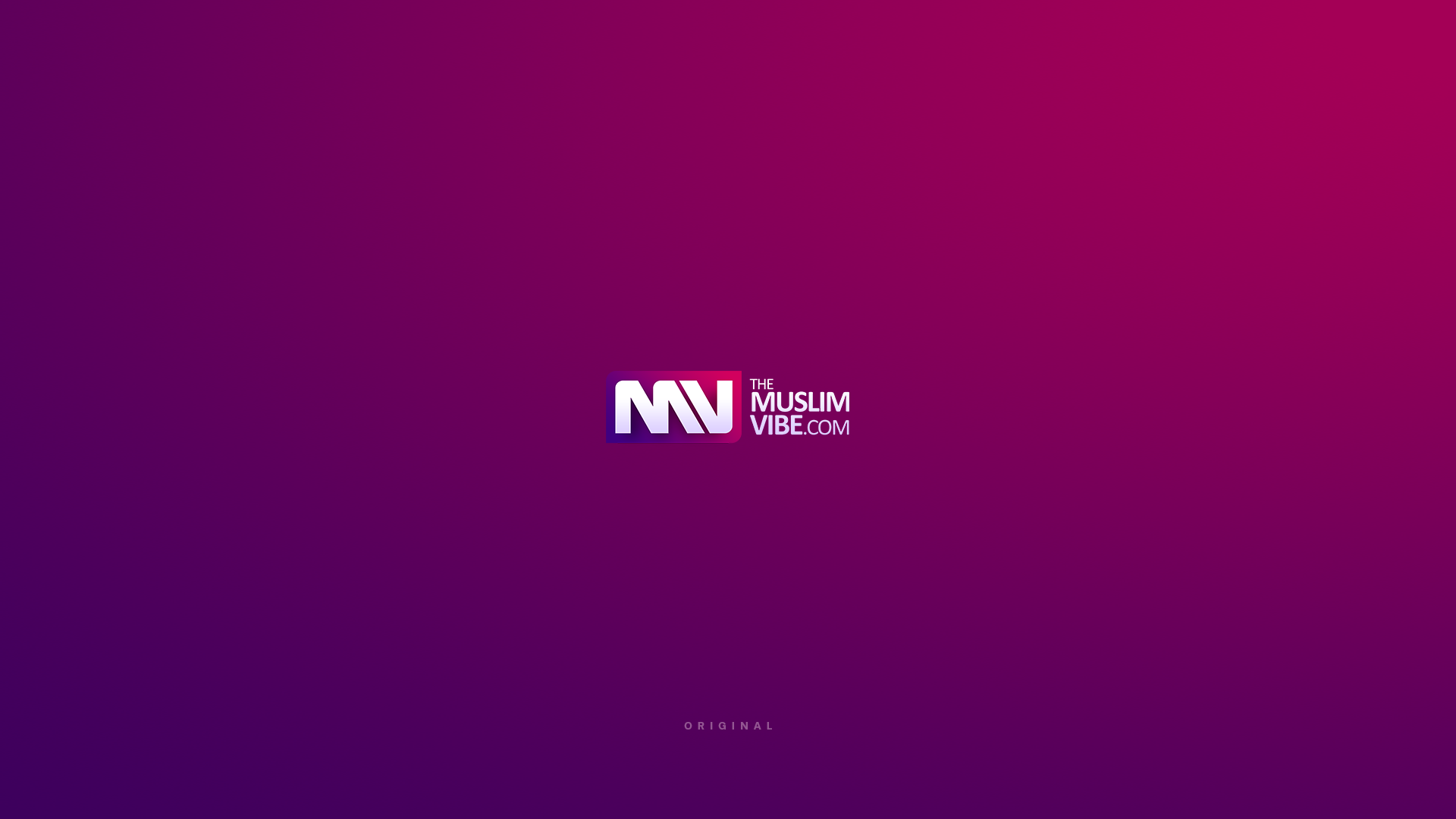 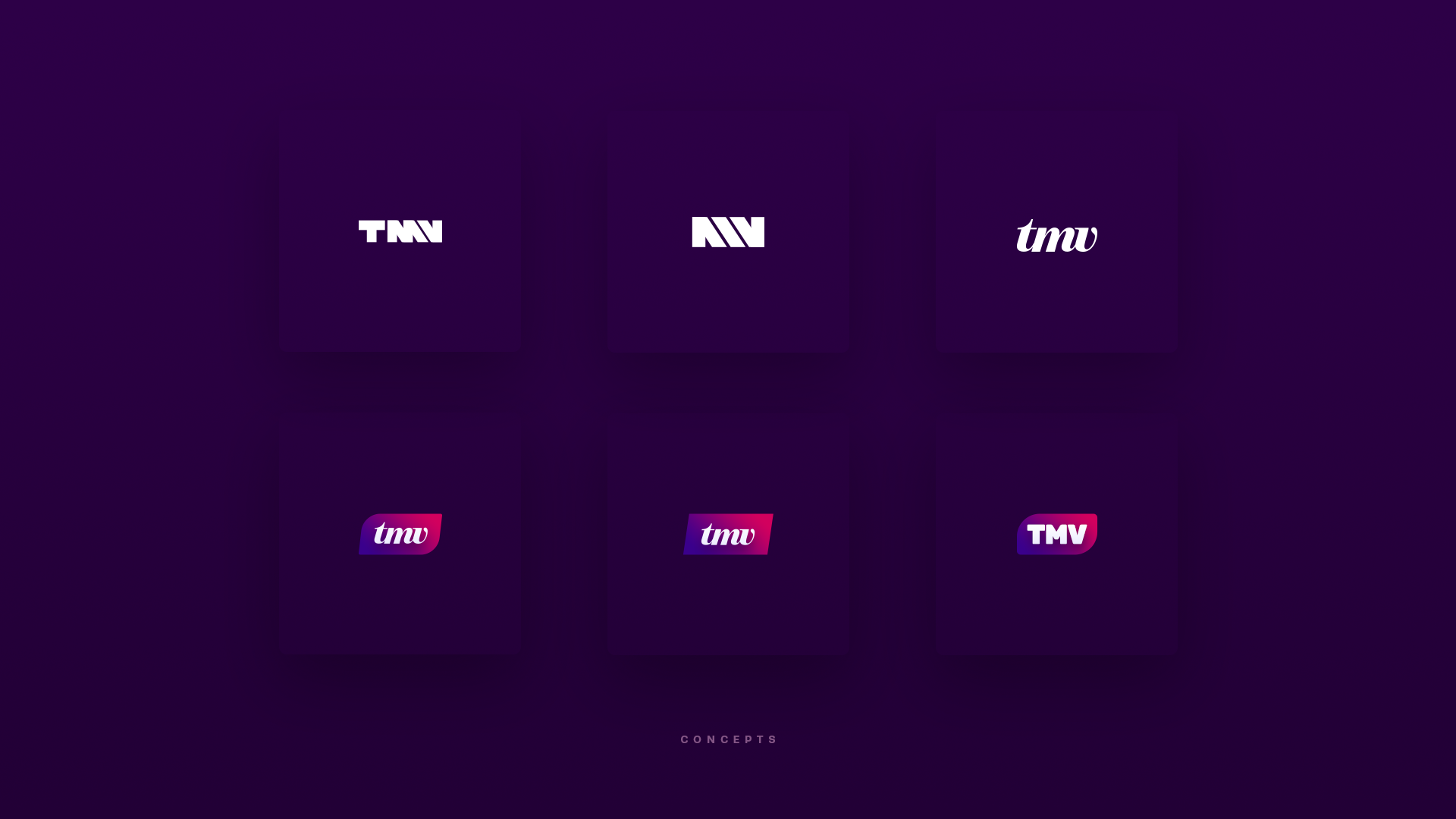 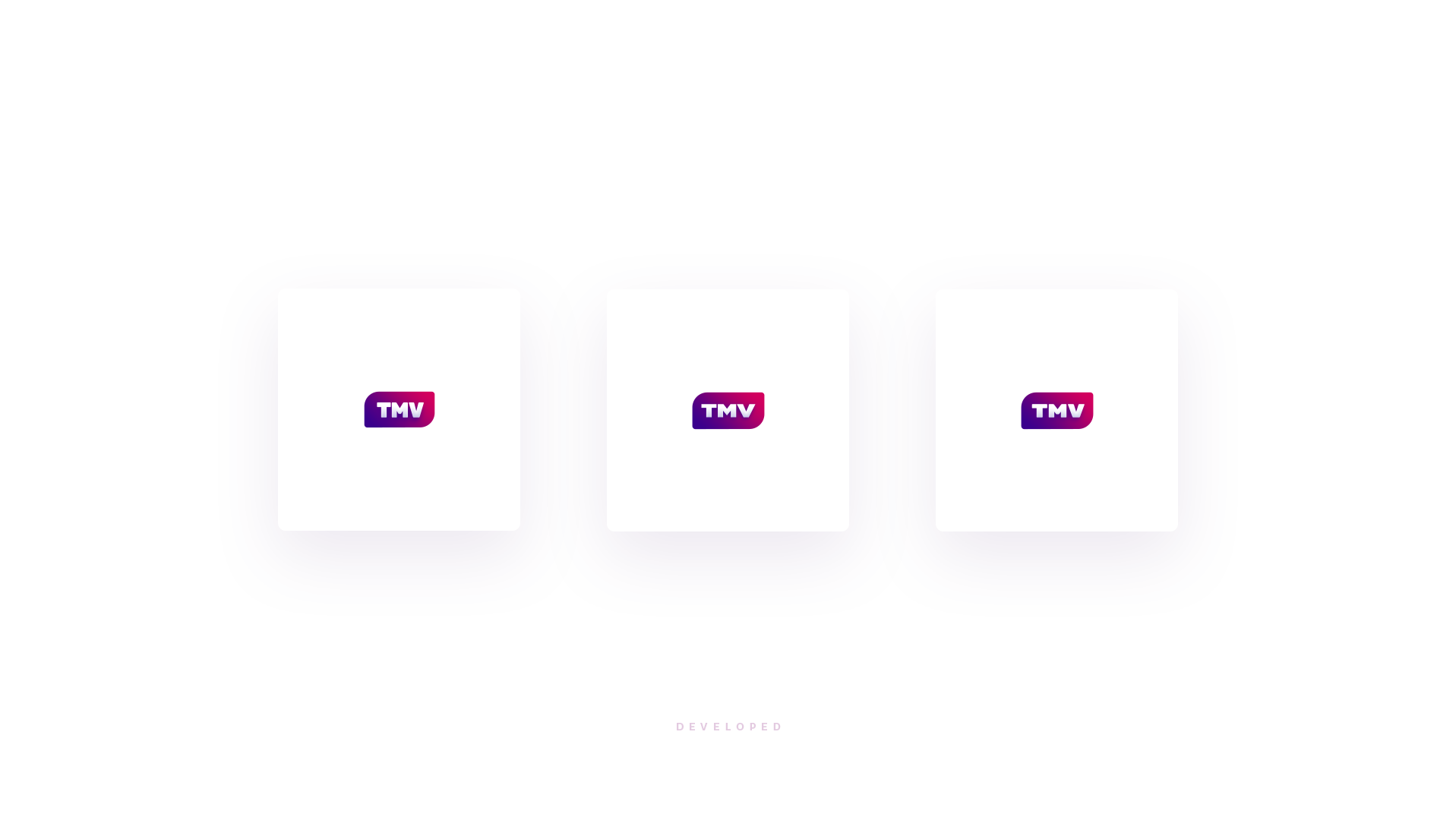 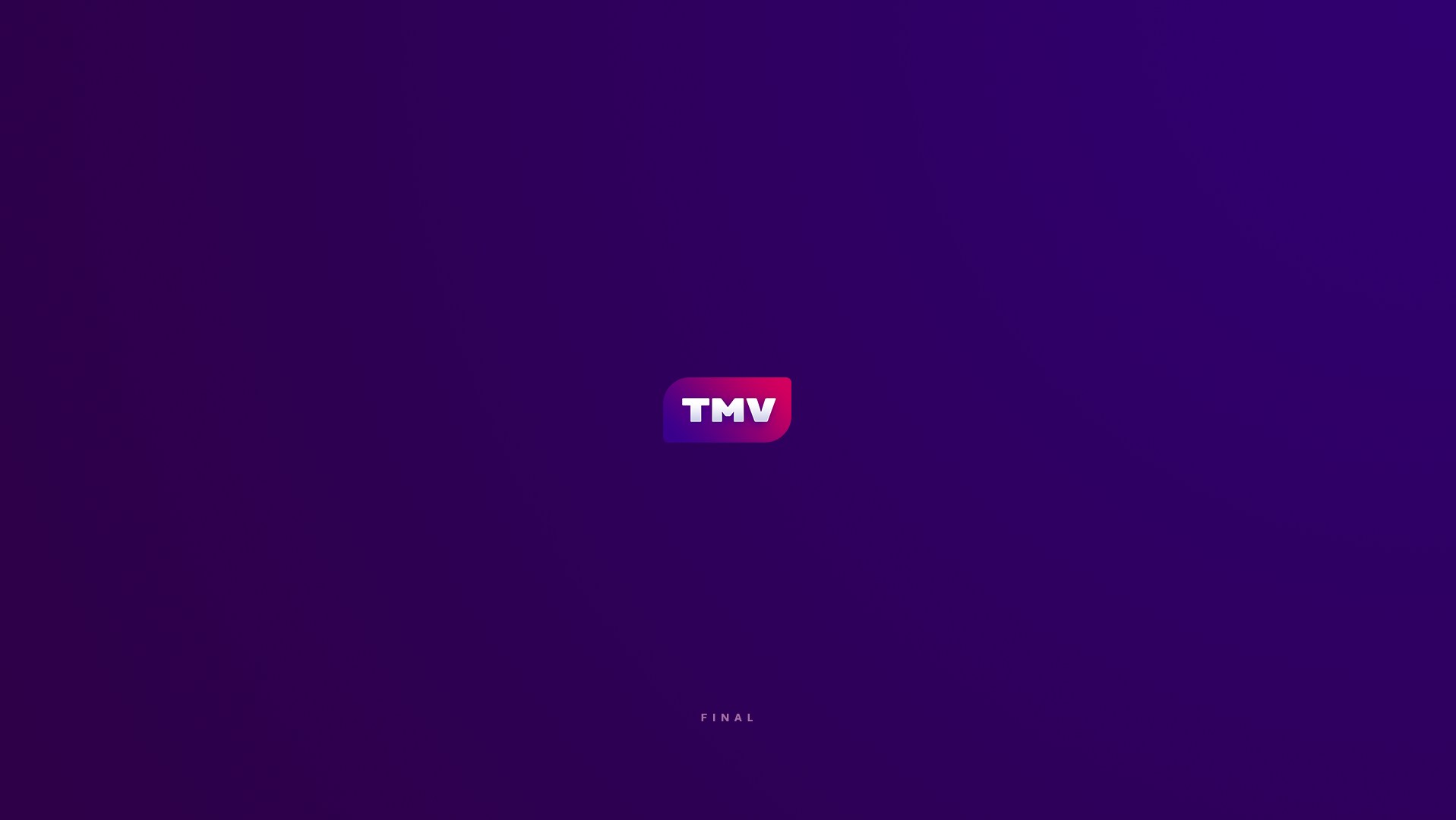 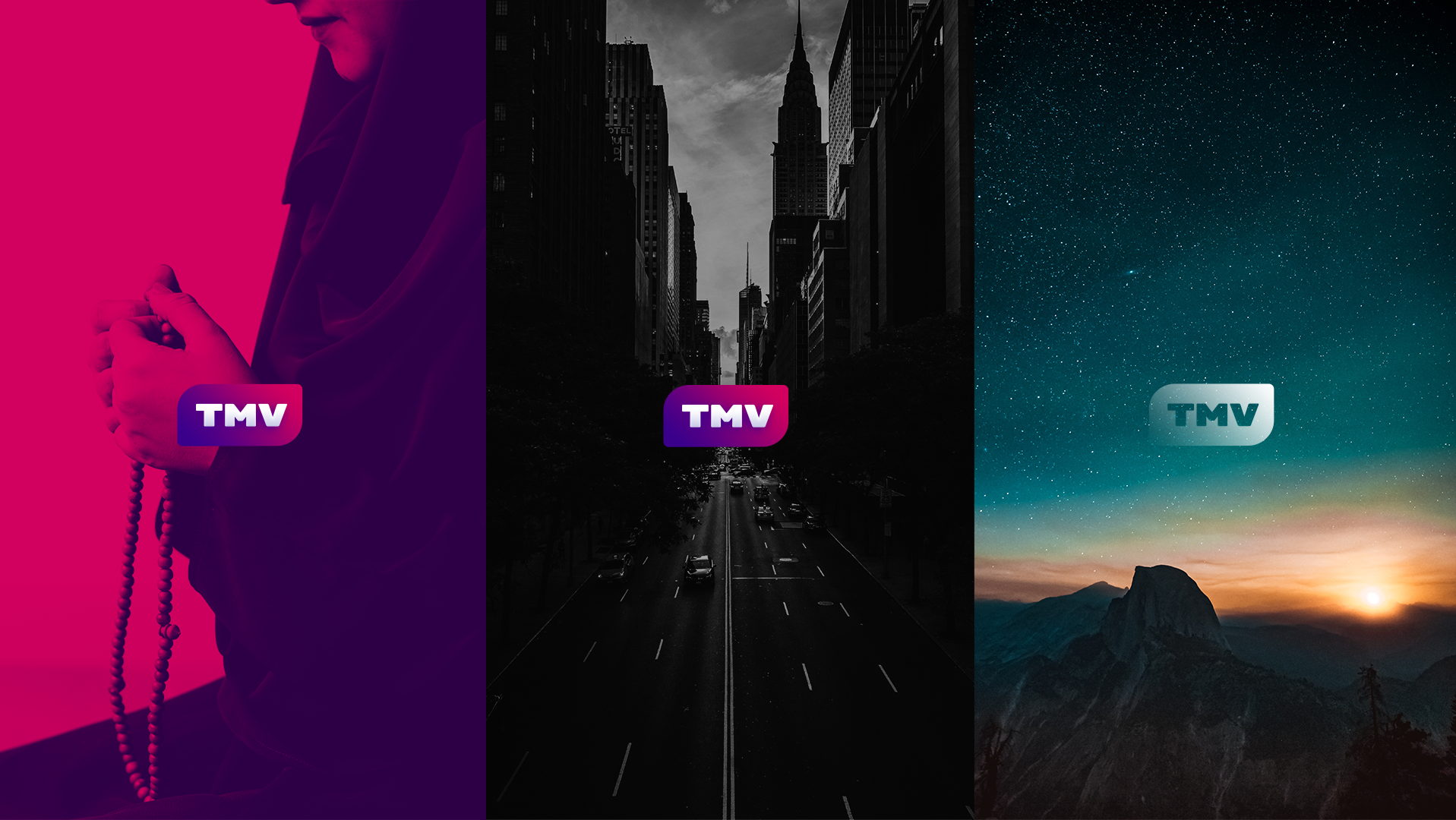 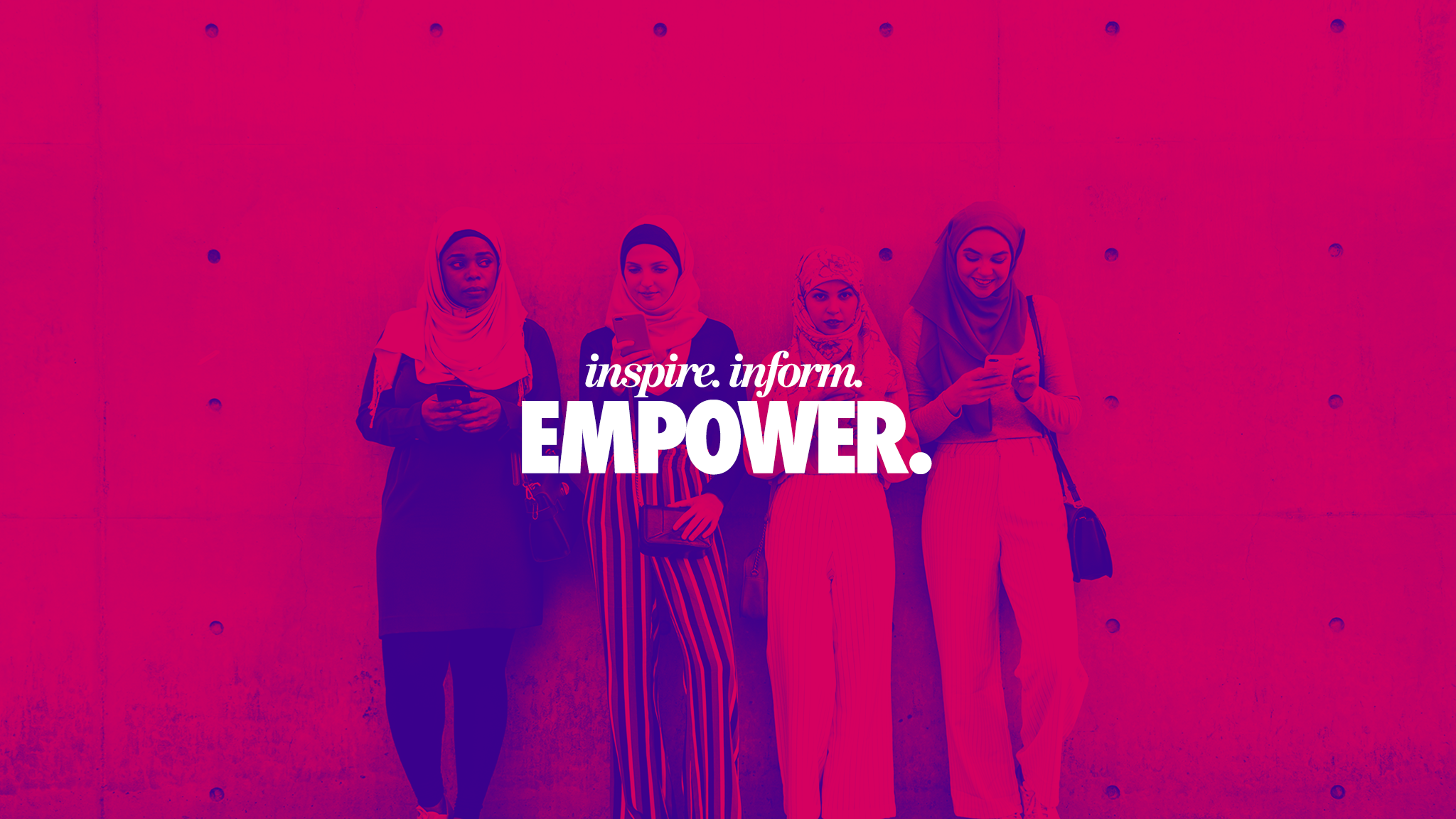 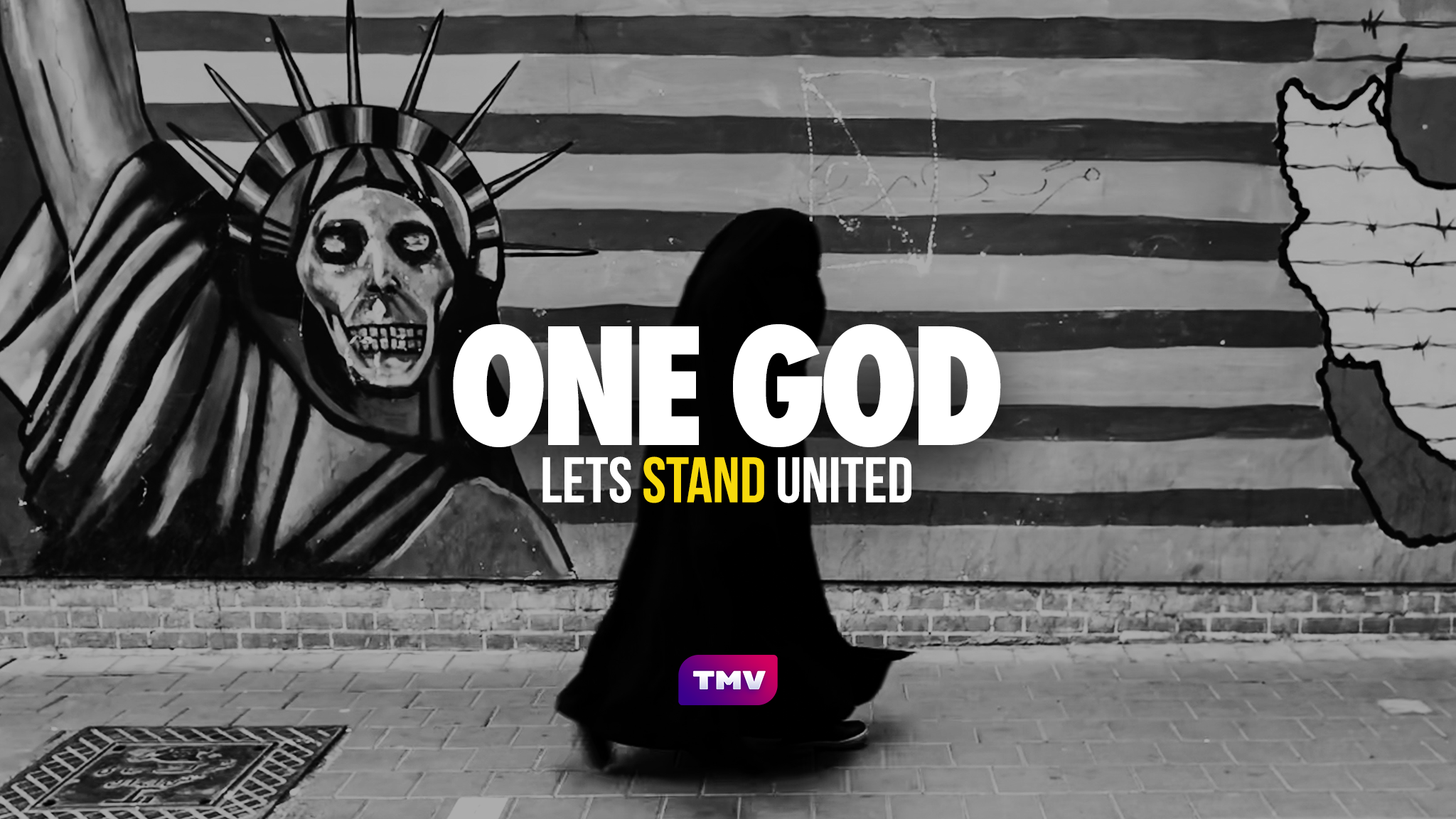 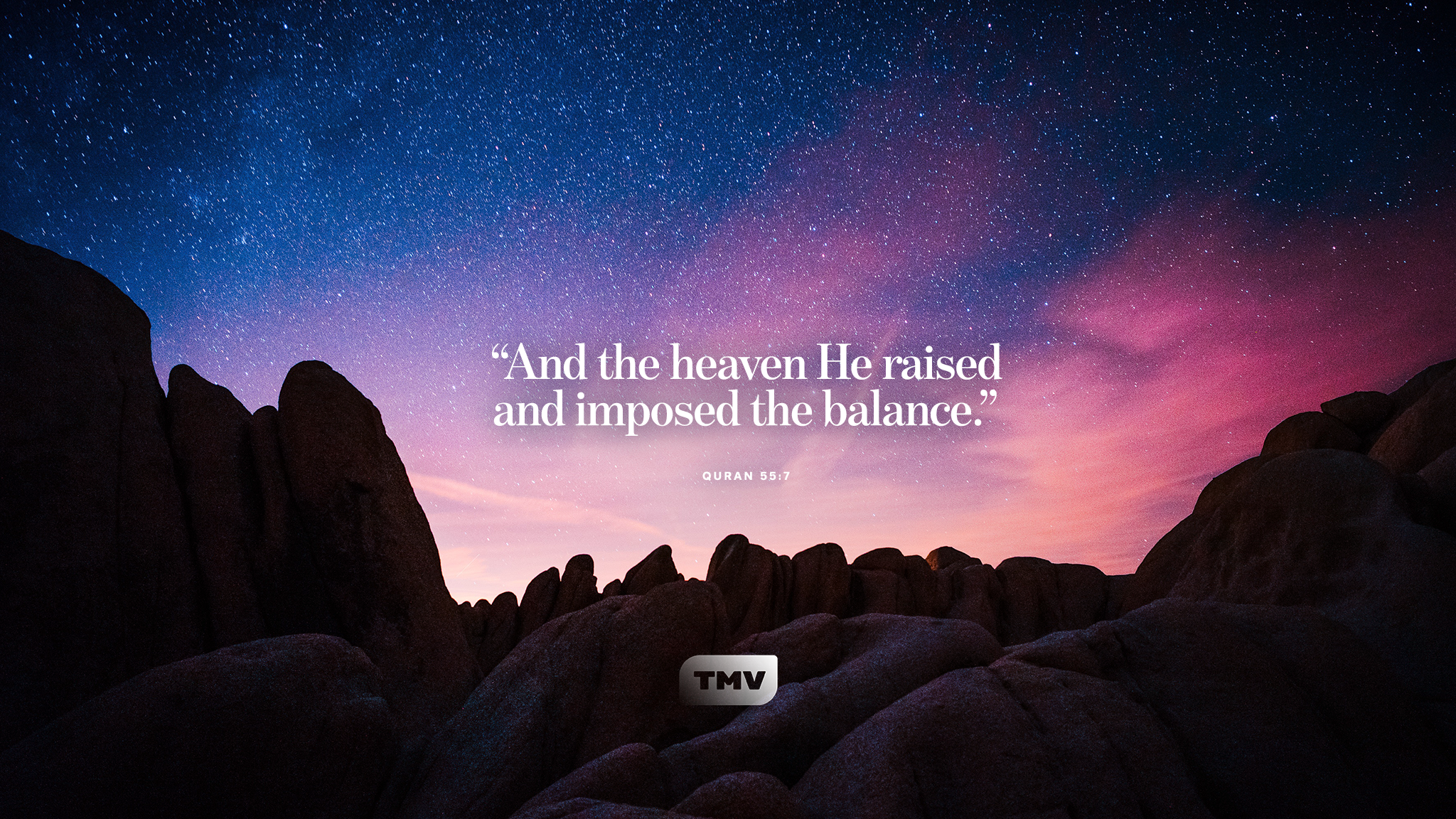 The new TMV branding takes all our needs and the expectations of our audience carefully into consideration, and not least, resolves the ‘MV’ crisis.  More importantly, we feel the new brand will allow us to express the correct emotion of our content based on the subject, medium and platform – in line with our ‘Inspire, Inform, Empower‘ mantra. For example, our website on which there is a lot more deeper subjects we have chosen an elegant and classic look whilst still keeping it modern and youthful. In coming days we will be publishing a more in-depth look at our new brand guidelines for the benefit of all the creatives in our community (and partially for our own creative fulfilment!). We truly feel that the new TMV brand will signal a new chapter for us, one that will be reflected in the quality of our content in 2019 and beyond.

Not long ago I spoke with a close friend who is deeply creative with words and music, he said something to me which resonated deeply. He said ‘If God is perfect, then He is also the Most Beautiful. Surely, if we are going to create anything then we should aim to reflect Him. Surely everything we do has to be beautiful’. And this is now going to be the goal of The Muslim Vibe going forward, creating beautiful content. We want to ascend our brand to the highest standards, and by doing so we hope we will encourage our community peers to aim higher. Aim for perfection and nothing less, after all, we claim to be doing this in the name of The Most Perfect.

In 2019, The Muslim Vibe will be seeking not only to improve the quality of content, but also the diversity of content we produce. We aim to produce more documentaries such as our existing series On The Level, which tackles some of the most taboo issues that go unspoken in the Muslim community. Through such content, our hope is to begin a dialogue about the difficult experiences each and every one of us is facing in our private lives, and how we can implement Islam in the 21st century to alleviate the ills we suffer from. We implore our audience to get more involved with us too, we want your suggestions and feedback. Tell us about the issues you are facing, and God-willing we will endeavour to address them through engaging content. The Muslim Vibe is here to serve you. 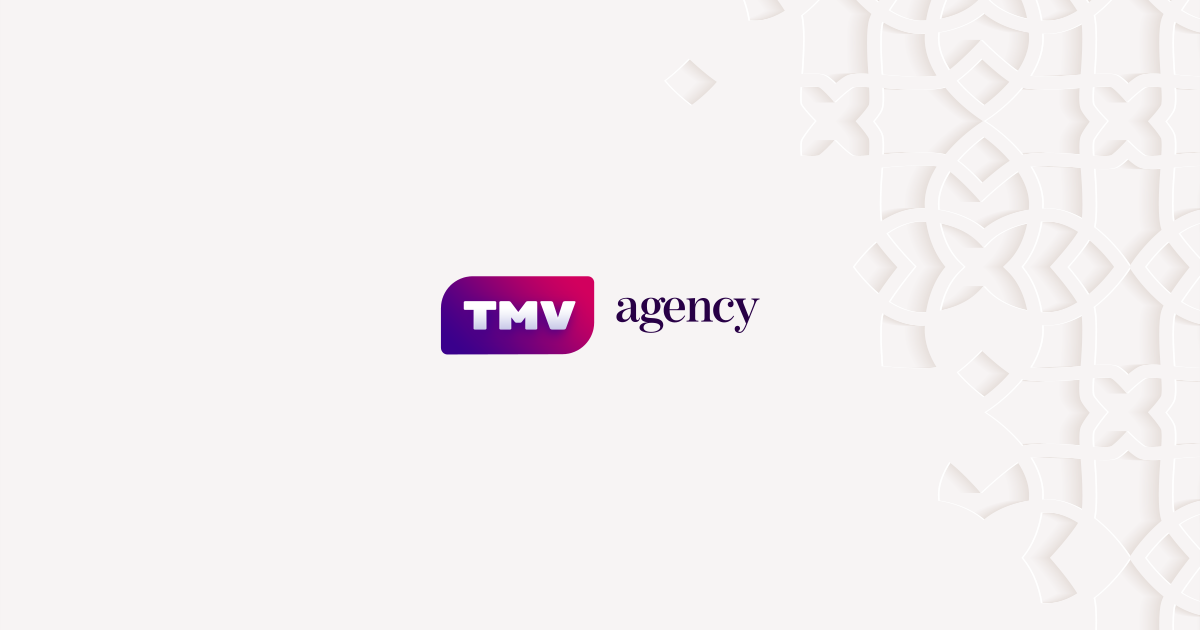 Today, we are also pleased to announce the launch of TMV Agency. TMV Agency will work with primarily Muslim organisations, charities and businesses of all sizes to provide strategic consultation and guidance based on our branding, marketing and content production expertise underlined by our deep understanding of the Muslim audience. Since launching The Muslim Vibe we have already been contacted by various organisations for support – so this is just making things official! We want organisations such as charities and institutions to be empowered in communicating their message to their Muslim audiences, in a way which is meaningful, creative and efficient. This will contribute towards TMV becoming a more self-sustainable project with less dependency on the good-will of our donors.

The TMV team have always been passionate about faith and social justice matters, indeed it was this passion that led us to launch The Muslim Vibe. At the same time, we strongly support Muslim entrepreneurship and businesses for Muslim ‘consumers’ (we hate that term). In this context, we are committed to making sure that any project we are involved in, is Halal and ethical. We strongly believe that marketing to Muslims should be done with careful considerations. We will only work with Halal brands and organisations that we vibe with. For us, TMV Agency is more than about selling our services to help us become a self-sustainable project, it is about making a positive change in the way Muslims perceive themselves, as well as how others perceive Muslims.

Our Gratitude to You

Lastly, we would like to take a moment to thank first and foremost our amazing talented writers who are in effect the backbone of this project. Without your effort, we wouldn’t be in the position we are today. If you would like to write for us, you can submit an article online. TMV would also like to thank our donors, big and small, who have not only invested money but their faith in a group of young Muslims to take on this project. Without your trust, we wouldn’t have been able to grow this project. You can support us too by making a small contribution.

And finally, to you, our wonderful readers. Through your likes, comments and shares you have taken us to new heights. The Muslim Vibe is committed to being at your service, to help you tackle the issues you are facing in life, society and faith. In this climate of Islamophobia, we are bound to support our brothers and sisters in the fight back against Islamophobia to protect the dignity of our Islam and our beloved Prophet’s Ummah. If God permits, TMV will reach even further heights in our goals to reclaim the narrative about Muslims and Islam. Together, we can do this.

And hold firmly to the rope of Allah all together and do not become divided. 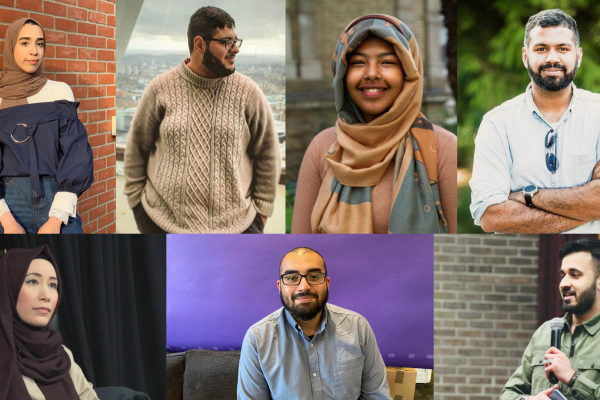 TMV answers the question: Who was the Prophet Mohammed?