Bolton’s shocking revelations about Trump reaffirm the President’s atrocious attitude to human rights and by extension, his enmity towards Muslims. In fact, Trump’s green light for the Uyghur concentration camps has seemingly emboldened the Xi regime, encouraging it to pursue this campaign of cultural genocide.

In his new book, The Room Where It Happened, U.S. President Donald Trump’s former National Security Adviser, John Bolton, exposes Trump’s complicity in the Chinese government’s incarceration of its Uyghur Muslim minority. Whilst this is a horrifying revelation, it is not in the least bit surprising.

Who are the Uyghurs?

The Uyghurs are a majority Muslim, Turkic-speaking ethnic group that live in Central and East Asia. Their largest concentrated population is the 11 million Uyghurs who inhabit the Xinjiang region in north-western China.

Over 1 million Uyghurs are currently being detained in so-called “vocational training centres” in Xinjiang, which is the largest mass internment of an ethnic or religious group since the Second World War. The regime of Xi Jinping, China’s President, claims that the centres are designed to “re-educate” the Uyghur people in order to combat the threat of religious extremism. But the reality is that these concentration camps are a tool of Beijing’s systematic campaign to erase Uyghur culture and identity. People can be detained simply for keeping a beard, wearing the headscarf or practicing their faith through rituals such as prayer and fasting.

What does Bolton say in The Room Where It Happened?

In his book, Bolton makes a number of allegations about Trump. Bolton is notorious for his hawkish foreign policy agenda – he was a key advocate of the 2003 Iraq War and has proposed bombing Iran – for which he should certainly not be absolved. However, his allegations about Trump are most likely accurate given the President’s disgraceful personal and political reputation.

Bolton labels Trump as “erratic”, “stunningly uninformed” and “unfit for office” (as if this was something we did not already know). He claims the President was unaware that the UK was a nuclear power and that he once asked if Finland was part of Russia. Among other things, at last year’s G-20 Summit in Japan, Trump was “pleading with Xi to ensure that he’d win” the upcoming 2020 U.S. presidential election by increasing China’s purchases of American agricultural goods.

Arguably the most disturbing revelation in Bolton’s book, however, is Trump’s callous approval of the Chinese government’s construction of concentration camps for its Uyghur Muslim minority. According to Bolton, at the same summit, “Trump said that Xi should go ahead with building the camps, which Trump thought was exactly the right thing to do”, adding that “Trump said something very similar during his November 2017 trip to China.”

In 2018, Washington discussed imposing sanctions on those in China involved in the incarceration of the Uyghurs but did not proceed. In a recent interview in the White House Oval Office, Trump justified this decision on the basis that “we were in the middle of a major trade deal” with China.

This reflects his transactional approach to foreign relations, for which another example is his closeness to the Saudi regime. Since 2015, Riyadh has waged an illegal war in Yemen that has perpetuated the world’s worst humanitarian crisis. In 2018, Saudi Crown Prince Mohammed bin Salman ordered the brutal murder of the Saudi journalist, Jamal Khashoggi. Yet, Trump refused to halt arms sales to Saudi Arabia following Khashoggi’s murder, saying, “I don’t like the concept of stopping an investment of $110 billion into the United States”, in reference to a U.S.-Saudi arms deal reportedly worth this amount. Therefore, we should not be surprised that Trump turned a blind eye to human rights violations in Xinjiang in order to preserve America’s economic relationship with China.

Likewise, Trump has constantly espoused Islamophobic rhetoric during his presidency and 2016 election campaign, claiming, “I think Islam hates us” and that Muslims “have to respect us. They don’t respect us at all.” He asserts that his racist “Muslim ban” (which the U.S. House of Representatives recently voted in favour of repealing) is necessary to reduce the domestic threat of “radical Islamic terrorism” – a remarkably similar justification to that of the Chinese government for detaining Uyghurs in concentration camps. Trump has also proposed the surveillance of American mosques, which resembles Beijing’s stringent surveillance strategy in Xinjiang. Why would we expect him to not then support their systematic oppression of Uyghur Muslims?

What measures has the U.S. taken against China?

Having said this, the Uyghur Human Rights Policy Act was unanimously passed by Congress, 413 votes to 1, in May of this year. The legislation calls for sanctioning officials and entities guilty of human rights abuses against the Uyghurs, such as Chen Quanguo, the Communist Party Secretary in Xinjiang, and Chinese companies that have helped build and administer the camps. On 17 June 2020, Trump signed the bill into law, which paved the way for Washington to impose the sanctions.

It is plausible that Trump signed the bill – on the same day excerpts from Bolton’s book were made public – in order to save face amid Bolton’s damaging allegations against him and thereby improve his chances of re-election. Furthermore, Trump signed the bill against the backdrop of increasing tensions between Washington and Beijing, including their long-running “trade war”, Washington’s condemnation of China’s controversial national security law in Hong Kong and Trump’s racist labelling of coronavirus as the “Chinese virus”.

On one hand, this move is a welcome, though long overdue one. The World Uyghur Congress, a leading Uyghur exile group, said it “gave hope to the desperate Uyghur people.” As per the legislation, Washington has thus far imposed additional sanctions on four high-ranking Communist Party officials in Xinjiang, including Chen. The sanctions prohibit the officials and their immediate family members from travelling to the U.S. and allow Washington to freeze their U.S. assets and restrict their ability to conduct business with Americans.

Washington has also imposed sanctions on 11 more Chinese companies involved in the persecution of the Uyghurs. The latest round of sanctions compliments the sanctions imposed on selected Chinese officials and companies by the U.S. State and Commerce departments last year.

How has China responded?

China’s Foreign Ministry has retaliated to the most recent U.S. sanctions by imposing “corresponding sanctions” on four American politicians, including prominent Republican Senators Ted Cruz and Marco Rubio – the latter of whom sponsored the Uyghur Human Rights Policy Act. A Foreign Ministry spokeswoman said, “We urge the U.S. to immediately withdraw its wrong decision, and stop any words and actions that interfere in China’s internal affairs and harm China’s interests”, adding that “China will make a further response depending on the development of the situation.”

Besides, Beijing has vehemently denied accusations that it is oppressing Uyghurs in the camps, framing the “re-education” programme as humane and even beneficial for detainees. Thus, Beijing is engaged in a tit-for-tat strategy against Washington, and despite the sanctions, it seems unlikely that it will cease its repressive activities in Xinjiang.

Is there hope for the Uyghurs?

Bolton’s shocking revelations about Trump reaffirm the President’s atrocious attitude to human rights and by extension, his enmity towards Muslims. In fact, Trump’s green light for the Uyghur concentration camps has seemingly emboldened the Xi regime, encouraging it to pursue this campaign of cultural genocide.

Trump’s signing of a congressional bill authorising sanctions against China is a veneer of his sentiments regarding the camps and was most likely a self-serving political move. He delayed the imposition of sanctions since the camps were constructed four years ago and only authorised them due to pressure from Congress, rather than as a moral obligation to protect the Uyghurs. There is no doubt that he should have acted far sooner to halt Beijing’s heinous plans to build the camps in Xinjiang – Washington’s latest sanctions are failing to compel Beijing to change course and are a case of “too little, too late”.

One possible consolation is that this November, the U.S. presidential election will be held between Trump and the presumptive Democratic nominee, Joe Biden. Last July, Biden told the Council on Foreign Relations, a New York City-based think tank, that “America should speak out against the internment camps in Xinjiang and hold to account the people and companies complicit in this appalling oppression, including through sanctions.” Therefore, one hopes that a Biden administration would swiftly expand sanctions against those involved and enforce further measures to pressure Beijing into reversing its policy towards the Uyghurs.

Ultimately, the plight of China’s Uyghur community remains extremely dire, and not for the first time, the blood is on Donald Trump’s hands. 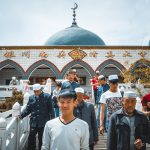 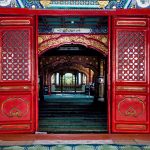 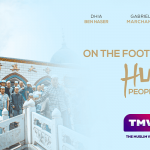 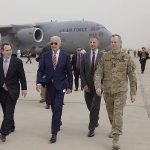