This Ramadan, though many of us have been faced and challenged with previously unimaginable trials, we must not forget our brothers and sisters around the world who continue to suffer under heavy oppression and injustices. 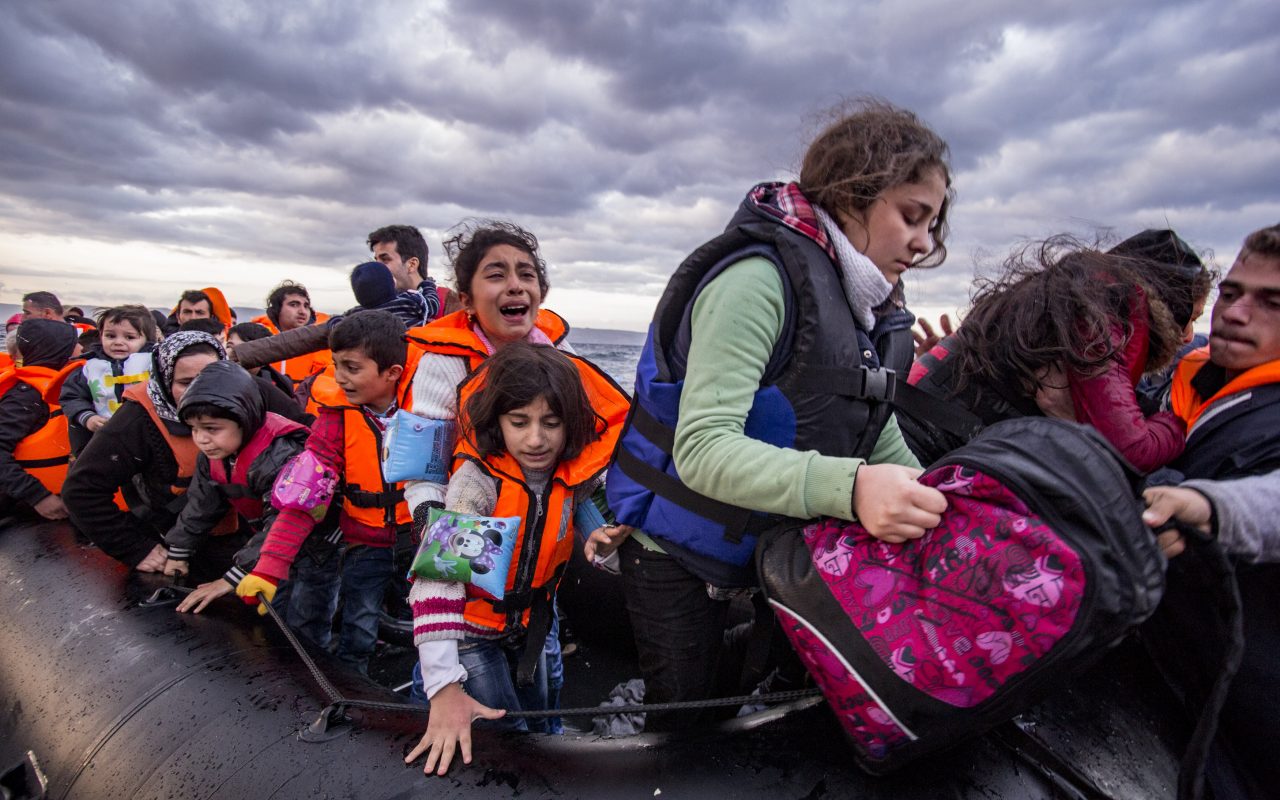 This Ramadan, though many of us have been faced and challenged with previously unimaginable trials, we must not forget our brothers and sisters around the world who continue to suffer under heavy oppression and injustices.

This Ramadan, many of us feel disappointed and stressed at the changes and tragedy that COVID-19 has brought upon us – and rightfully so, as it has taken lives, taken livelihoods, and caused unfathomable anxieties.

But for those who live in safe countries with those we love around us, the fact remains that we still have the relative safety and comfort around us to focus on the blessings of this holy month. We can still fast, still pray, and focus on our mental and spiritual well-being. But for many Muslims around the world, who continue to live under tyrants and are being denied basic human rights, this does not remain a reality.

It remains more important than ever that we do not forget the bigger picture of our Muslim ummah – we cannot stay silent while our brothers and sisters continue to suffer injustices. We must continue to raise awareness, lobby our politicians, and convince our community leaders to make the changes needed to protect whatever fleeting human rights are left.

As we may feel disappointed this Ramadan for self-quarantined days and physical distancing, let us remember the Uyghur Muslims who continue to be denied any basic right and the freedom to practice their religion. Millions are held in concentration camps across China’s northwestern province of Xinjiang. Countless families are under heavy surveillance from the state. Women are being systematically raped and sterilized. Children are left orphaned, taken to “education camps” where all aspects of their Uyghur identity is erased.

There is a complete and full genocide taking place inside China. We must continue to raise awareness, and speak to our community leaders and mosque heads to also help raise awareness – politicians must be lobbied. Uyghur Muslims who have sought asylum in Western countries are numerous – reach out to them or Uyghur support groups to see what you can do.

This Ramadan we also cannot forget Palestine. Palestinians continue to suffer under Israel’s apartheid campaign, which has not stopped its abuses despite the COVID-19 pandemic. For more than half a century Palestinians have been murdered and tortured by the Israeli state, with rights, land, culture, and heritage taken from them one illegal settlement at a time.

Israel has arrested 745 Palestinian children since the start of 2019

While the conflict has spanned generations, it does not mean we give up hope. Continue to boycott Israeli products, and join the BDS movement. This Ramadan, you must ensure you are not buying dates from Israel – it can be tempting especially if the supermarkets are low on choice with dates from all the panic buying, but we must remember our Palestinian brothers and sisters. Lobby your politicians. Speak to your community leaders to organize events, peaceful protests, or marches. Read up on the history of Isreal’s brutal campaign, and raise awareness with those who may not be aware.

Rohingya Muslims, fleeing a brutal genocide from their country of Myanmar, have been forced to settle in deplorable refugee camps in countries such as neighboring Bangladesh. Many remain stranded in boats in the Bay of Bengal, denied entry into any country. They continue to face persecution in Myanmar, and despite countries such as The Gambia bringing the case of Myanmar’s genocide against the Rohingya Muslims to the International Criminal Court, those in power and those who have committed these atrocities continue to bask in impunity.

We must stay vigilant in our fight to help our Rohingya brothers and sisters. Many politicians in the West have ignored or disregarded this crisis (during a meeting on religious persecution, Trump was speaking to a Rohingya refugee about Myanmar when he asked: “And where is that exactly?”). It may seem pointless to simply lobby politicians – but with enough support, this can actually make a change. Reach out to Rohingya support groups if there are organizations like that in your city, and see what you can do to help bring attention to Myanmar’s continued genocide.

Syria, in a now almost decade-long civil war, has seen some of the worst atrocities in the modern age. Hundred of thousands of Syrians have been killed in the war, with millions displaced. Countless Syrians have attempted to flee their homeland and seek asylum in other countries, mainly Europe. Many take the dangerous route through the Mediterranean – and tragically, many lose their lives in the open water. The horrors that those most innocent have faced in Syria is a stain on the entirety of humanity.

There are many ways of helping refugees – get in contact with organizations and groups in your local area to see what they are doing to specifically help Syrian refugees. Write to your politicians to accept more refugees, organize events with your community leaders to welcome in refugees into your mosques and community – there are many things you can do to help raise awareness. This Ramadan, TMV has partnered with Penny Appeal to raise funds for vulnerable families still living inside Syria – consider making even a small donation to these families here. It can make a difference inshallah.

India, led by Prime Minister Modi’s right-wing and Hindu-nationalist BJP government, has continuously attacked the rights of Indian Muslims and has stripped the region of Kashmir of any autonomy. In 2019, Modi’s government revoked Kashmir’s autonomous status – and has kept the region on heavy lockdown since. Kashmiris, the majority of whom are Muslim, have seen innocent protestors tortured, arrested, and jailed, mosques and community centers closed indefinitely, and an internet shutdown that is being called the longest in the history of any democracy in the world.

Here’s What You Can Do to Support Indian Muslims

Indian Muslims have come under relentless attack – the government’s introduction of the Citizenship Amendment Bill, which grants citizenship to those seeking asylum except for all Muslims, the government’s attack on the student protests which erupted in the aftermath, the building of detention centers in the northeastern province of Assam, and most recently the deadly New Delhi riots that killed more than 50 people all point towards a growing state-sponsored Islamophobia in India. We must let our voices be heard, and speak out against Modi’s government. Raise awareness, organize peaceful protests and marches with community leaders, write letters – there are many things you can do personally to start a movement of change.

Yemen, in what numerous human rights groups have called the world’s worst humanitarian disaster, continues to suffer under the relentless attack of the Saudi-led coalition against Houthi rebels. As we celebrate Ramadan in the comfort of our homes, remember those in Yemen who suffer unimaginable trials. More than 12,000 civilians have been killed since the fighting began in 2015. Worrying still, it is estimated that 14 million Yemenis are at severe risk of starvation. 80% of the population is living under the poverty line – without access to adequate hospitals and health care services from the relentless fighting, many are at risk of diseases such as cholera and malaria.

Many human rights groups continue to operate and organize relief efforts in Yemen – make sure you get involved in one way or another. Speak to your mosque leaders – and reach out to local groups supporting Yemen to raise awareness or lobby your politicians. We must speak out against Saudi Arabia who continues to bombard the innocent in Yemen, as well as call out Western governments who continue to supply and fund Saudi in its campaign of terror.

This Ramadan, though many of us have been faced and challenged with previously unimaginable trials, we must not forget our brothers and sisters around the world who continue to suffer under heavy oppression and injustices. This holy month is for reflection and worship of Allah – but we must also remember that fighting injustices and standing up for human rights remain an integral part of our faith as well.

We pray this Ramadan we all find the strength and faith we need through Allah, and that His justice will continue to reign over our ummah.

This is but a small list of the many injustices in our world today and is not attempting to provide a full list of human rights abuses or ways we can help fight these injustices. Please reach out to TMV with thoughts and ideas on other ways we can help our brothers and sisters who are suffering, in the hope that we can come together as one ummah to protect those most vulnerable.