We’ve collected some of our top articles – from inspirational Muslim women in Islamic history to pioneering women in STEM to Muslim women who travel the globe, here is to women!

The recognition, celebration, and appreciation of women should not be confined to a single day – however, it is International Women’s Day, which means we have just another reason to honor the achievements and lives of Muslim women.

As we continue to strive towards living and enumerating the true essence of Islam when it comes to gender equality and women’s rights, here are some of our top stories and articles on Muslim women across the globe, in the hopes that we can all become more supportive brothers and sisters in Islam.

Muslim women are often a minority within a minority – whether it’s because of gender or the wearing of a hijab, Muslim women are often battling both Islamophobia and misogyny in our world today. On top of this, many of our Black Muslim sisters face systematic and societal racism as well – and while the experiences and lives of women across the world cannot be labeled and defined under one word, it remains important for the wider Muslim community to recognize the achievements and inspiration of Black Muslim women amidst the ongoing protests against anti-Black racism.

2. ‘We Out Here’: Muslim Women Who Travel

‘We out here’: Muslim women who travel

Muslim women are often labeled as “submissive” or “sheltered” – but here is an inspiring reminder that Muslim women can and should receive the same level of respect as any other woman, and that in more cases than not, are just as enthusiastic about topics such as traveling the world. Here is to travel, culture, and Muslim women!

This fascinating podcast looks into Muslim women in sports, and the conversation with Rimla Akhtar, a Football Association Counsellor and Rugby League board member, looks into the need for more diversity and the controversy around FIFA’s previous hijab ban. Akhtar herself has broken so many glass ceilings and is a powerful reminder of just how important it is to include women in all spaces of life.

4. Muslim Women On TV: Are We Invisible?

A deeply needed article on the topic of Muslim women in the media, it remains more important than ever that we continue to question, critic, and discuss why massive industries like Hollywood and Bollywood continue to portray Muslim women in a certain light – and what this means for ordinary Muslim women across the globe.

Islam is just as part of the history of Africa as it is the Middle East, and we must acknowledge the wider world’s inherent ignorance and dismissal of the role African Muslims have played in the history of Islam. This article looks into 7 of some of the most famous African Muslim women across the continent and across the centuries, in the hopes that we continue to learn from and inspire to be like some of these fascinating women.

6. The Travelettes of Bangladesh: Empowering Muslim Women Through Travel

The Travelettes of Bangladesh: Empowering Muslim women through travel

A modern-day “Sisterhood of the Travelling Pants” but in Bangladesh, this article looks into an amazing initiative by a group of women who continue to inspire and empower women around them to know their worth and their rights while exploring the beautiful country of Bangladesh.

Faith, motherhood, gender roles, and feminity – this article looks into the struggles and the joys of raising daughters and young women in our society today; and how our faith can help us overcome any struggle or doubt that our modern world may throw at us.

While France is often in the news for its Islamophobic laws and government, we must remember that French Muslims continue to live their lives in France and are often ignored when it comes to debating secularism or “Islamic extremism” in France. This short documentary looks into the lives of ordinary (but also extraordinary) French Muslim women, and the joys and struggles that are universal for any woman.

A quirky but extremely helpful list of travel tips from Muslim women, this article will not only give you ideas on how to travel safely and smartly, but also nudge your travel dreams for your next adventure.

10. A Letter to Muslim Women: Focusing on Yourself Before Marriage

While there is a lot of pressure on women to marry young and to start “preparing” for a husband as soon as possible, this article takes a step back and redirects our focus to something more important than marriage: our faith with Allah. While getting married and finding a husband are important parts of your life, this article reminds us that we cannot hope to find a good spouse if we don’t even know ourselves, or our relationship with Allah. We must love Allah first, and then we can find the love for a husband afterwards.

US elections can often be traumatizing or disappointing, but this article looks into the positive outcomes of one of the US elections – and celebrates the achievements of Muslim American women across the country!

This article focuses on Dr Ruha Shadab, who has embarked on a journey to make a change – she believes Indian Muslim women are an engine of growth, with a lot of potential to contribute to India’s narrative. In 2019, after pitching an idea to create an initiative that would help train Indian Muslim women for professional leadership, Dr Shadab was granted an entrepreneurship fellowship at Harvard – and the rest is history.

Powerful and needed, this article looks into the narrative that is often spun around Black Muslim women, and the ramifications of our embedded racism and discrimination that continues to this very day.

Who would have thought – but there is now a company in Japan that offers hijab-friendly kimono outfits for the many Muslim women who visit Japan. With traditional Japanese cloth and design used for the hijabs, we now don’t have to worry about our hijabs looking out of place when trying on a kimono (this is also just another reason why we should all visit Japan).

15. Yet Another Glass Ceiling: The Challenges of Muslim Mothers in Tech (Podcast)

Muslim women in STEM are not as far-fetched and impossible as it may seem – but that doesn’t mean we still don’t have a lot of work to do. In this podcast, we look at computer science, Muslim women in STEM, and how the world just might be changing for the better.

Women have played just as important of a role in Islam as men have – and this article looks into 10 of some of the most inspiring and influential Muslim women in our shared Islamic history.

17. Muslim Professor Becomes First Scientist to be Elected as a Member of US National Academy of Engineering

Another incredible achievement worth celebrating, a Muslim professor (and convert) becomes the first scientist to be elected into the US National Academy of Engineering, meaning that she now is a member of an organization that offers advice and policy change to the US government!

18. Exclusive Interview with the Author of ‘Turning the Tide: Reawakening the Woman’s Heart and Soul’

Exclusive Interview with the Author of ‘Turning the Tide: Reawakening the Woman’s Heart and Soul’

A beautiful book on womanhood, faith, and life, TMV sits down with the author of “Turning the Tide” to discuss her own journey, the beautiful realities of life as a woman, and how our faith in Allah can always change things for the better.

19. Group of Latina Women are Building a Center for Muslim Migrants in Tijuana, Mexico

Group of Latina women are building a center for Muslim migrants in Tijuana, Mexico

Often ignored or simply not known about, there are huge numbers of Muslims across Mexico, Central America, and South America – and this article looks into the incredible initiative by Mexican Muslims on helping immigrants settle in Tijuana.

20. Hajar: The Legacy of our Black Mother and One of Islam’s Most Important Women

Hajar: The legacy of our Black mother and one of Islam’s most important women

Who was Hajar, and why do Muslims revere her so much? And what does she have to do with Hajj, the annual pilgrimage completed by millions of Muslims across the globe? This article looks into the beautiful life and legacy of Hajar, in a timely reminder of what she really represents.

It’s always better to be safe than sorry, and this article goes into 5 very useful and important self-defense moves we can all use and implement in our lives (but let’s hope we don’t actually have to use them).

22. Two Muslim African Women Have Been Nominated for the Nobel Peace Prize

Nominated for the Nobel Peace Prize, two Muslim women from Africa have made history and have made the entire Muslim ummah proud – here’s who they are and why they were nominated!

23. A Spiritual Guide For Women During Hajj

Hajj can be empowering, overwhelming, and extremely emotional – and it can be especially powerful for a woman who is able to make the pilgrimage. This article looks into the difficulties and the differences that a woman might face when making the pilgrimage, and why that can help create a special and unique experience for Muslim women.

24. These Five Palestinian Women Are Icons of Resistance

These Five Palestinian Women Are Icons of Resistance

Palestinians continue to live and suffer under Israeli apartheid and colonialism, and we must never forget the Palestinian struggle. In the spirit of supporting, celebrating, and loving our Palestinian brothers and sisters, here are just five of some of the most inspiring Palestinian women making a change for the resistance. 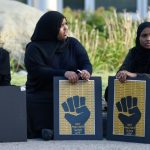 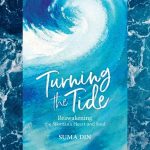 Exclusive Interview with the Author of ‘Turning the Tide: Reawakening the Woman’s Heart and Soul’ 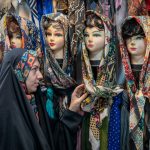 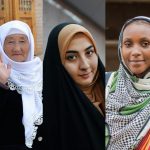